Fan zones are a way of building up anticipation and excitement for a big sporting event. Not only do they extend the length of a big event by offering experiential activities both pre and post-match. But they also offer activities suitable for all ages, encouraging both young and old to get involved in the event excitement.

Whether you’re hosting a fan zone event for a huge premier league event or for the F1. From London to Saudi Arabia, Japan to America. Fans all over the world, from all kinds of backgrounds, want to experience the excitement of the build-up to a big sporting event.

Fan zones now more than ever are something that comes as a standard at these kinds of events. Fans have the expectation that their ticket will not only include the match but will also include a whole ‘sporting experience’.

It is no longer the case that a sporting event starts as you sit down at your seat to watch the game. The fan experience can start days if not weeks before.

As a global events agency who specialises in engaging and immersive experiences, we understand just how important it is to get the right entertainment and create a space that inspires excitement and builds anticipation.

Nowadays fans are paying for a whole experience, not just the one sporting fixture. Stadiums and sports grounds are facing increased demand for providing positive and lucrative customer experiences.

What Exactly Is A Fan Zone?

If you search the internet you will find many examples of fan zones for sporting events. Initially, fan zones started as a way of including non-ticket holders, enabling them to get involved in the action. This was often done through a dedicated area, perhaps a park just outside the stadium, with big screens in which anyone could come and watch the match and get involved.

Since then this concept has really flourished and focused on the idea of creating an event that is both interactive and experiential for all fans whether they hold a ticket or not.

It is true that the idea of fan zones isn’t new, however, in recent years these fan zones have become much more sophisticated and structured. Now you can not only expect to see big screens broadcasting matched. Enhanced by family-friendly activities, you can also expect to see all kinds of different entertainment. From live musical performances, walkabout entertainment, Virtual reality interactive activities and much more.

How Are Fan Zones Created?

Initially, fan zones were created using marquees, stalls, and temporary structures. However, these kind of setups are not as durable in adverse weather conditions. Furthermore, due to the rising popularity in fan zones and fan villages sporting fixtures have decided to take a more permanent approach in the set up of their fan zones.

For example, several premiership football teams have got permanent fan zones set up to accommodate attendees several hours prior to and post-kick-off. One of these such football teams is Manchester City. In their fan zone just outside the stadium they have 3 large screens, several bars and cafes, as well as a stage, were up and coming bands perform to football fans. With live DJ sets, comedian performances, as well as competitions and games for fans to participate in, Manchester City FC, has got a great reputation for its fan zones.

Most often these fan zones will be set up near the entrance of the stadium or in a local green area close by. There is also a focus on entertaining and involving children, with football simulator games, bouncy castles and even workshops where they can learn about the sport they’re seeing.

Whatsmore, these fan zones often boast a huge selection of food and drink options, catering to all tastes.

All in all a fan zone is created by lots of different elements that, one bought together, create a really exciting and immersive experience for both young and old.

The Future Of Fan Zones

Although for many countries fan zones couldn’t take place in their normal capacity in 2020, we are very much looking forward to the reintroduction of fan zones and fan villages in 2021 and beyond. For many countries such as New Zeland, Australia as well as places like Saudi Arabia, we can expect to see live fan zone events coming back very soon. We expect to see them featuring bigger and better entertainment and experiences due to the lack of this in 2020.

However or other countries who may still see some limitations to big live events in 2021 we expect to see the rise of the virtual fan zone, in which sporting fans can still get involved in the anticipation and build-up to a big game! 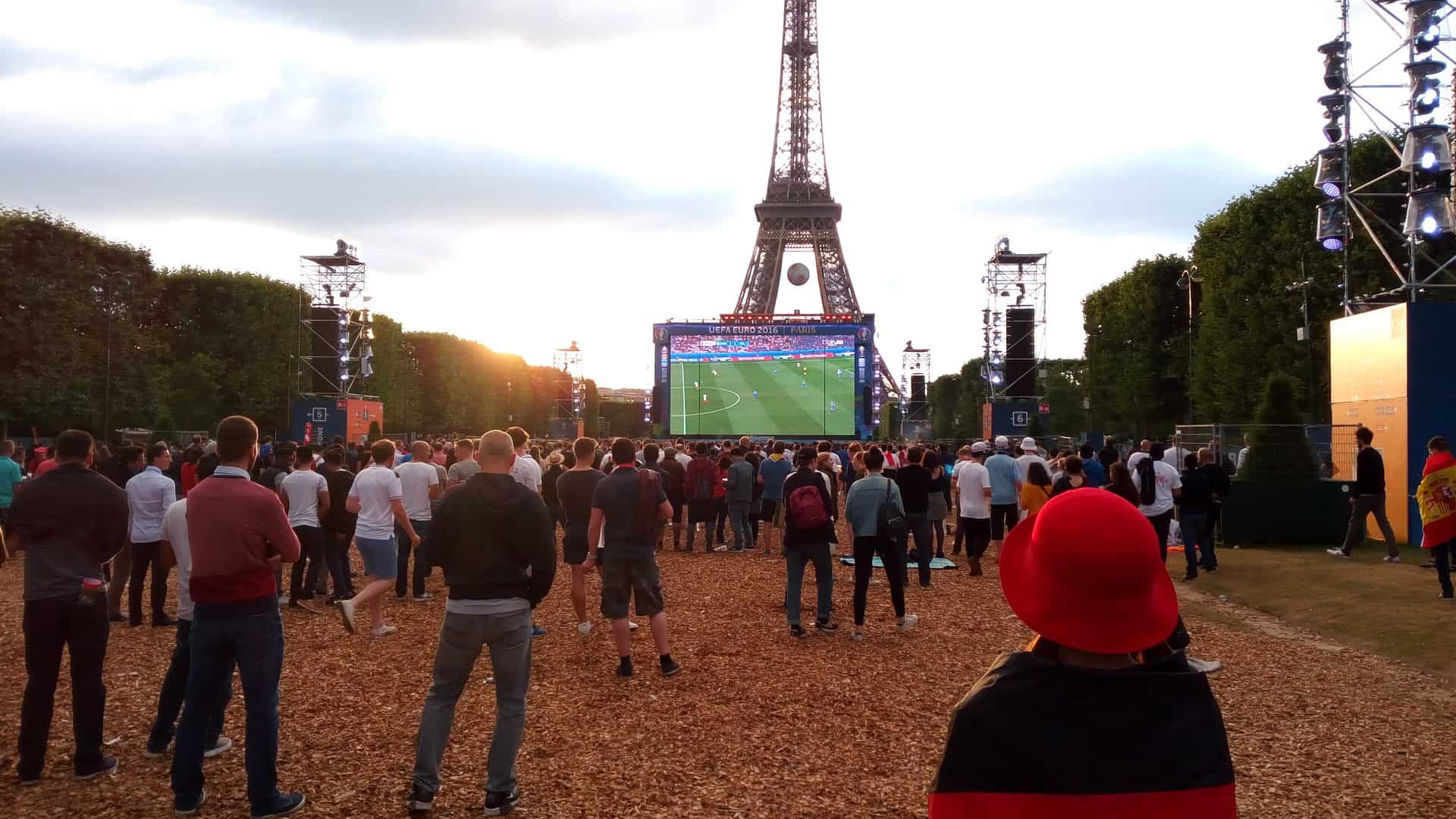 We tell you exactly what goes into creating the perfect sporting event fan zone as well as the different ways fan zones and fan villages have evolved.