The 8 Stadiums That Make Up The Qatar 2022 World Cup

Furthermore, the Qatar FIFA 2022 world cup will be hosted in the months of November and December. This sits as a contrast to the normal schedule of hosting through the months of May, June and July. Another key difference is the fact that the tournament will be notably shorter, with the tournament being condensed into 28 days with the final planned on the 18th December 2022.

The change in season from Summer to Winter is due to Qatar’s sweltering climate. With highs of 41°C in the Summertime.

The Qatar 2022 FIFA world cup will also be the last tournament to feature 32 teams. Going forward for the 2026 FIFA world cup there will be a total of 48 teams competing.

As with all FIFA world cups, the hosts, Qatar, will host from multiple state-of-the-art stadiums. Many of which have been custom designed specifically for the Qatar 2022 FIFA world cup!

There will be eight stadiums in total with capacities of between 40,000 and 80,000. Seven of these stadiums have either been built or are currently being built especially for the tournament. The other stadium has gone under extensive renovation to ensure it is ready to host 40,000 international football fans.

Built in the capital city Doha in 1976, it has been completely refurbished and remodelled. The stadium reopened in 2017 and has hosted several sporting events since opening. One of the main bits of new technology that was incorporated into this stadium was its cooling technology. This is to help with keeping both fans and players cool who may not be used to Qatar’s hot climate.

Al-Janoub sits close to the coast in the city of Al-Wakrah. The capacity of this stadium is also 40,000 with the intention of hosting the FIFA world cup semi-finals. Al-Janoub was built especially for the Qatar FIFA world cup and opened last year making it the first completed newly built stadium for the 2022 FIFA world cup

The architect for this stadium is Iraqi Zaha Hadid. She said her designs were inspired by the nature of the coast- sailing, maritime trade and fishing.

Also hosted in the city of Doha, Qatar’s capital, Educational City will be used to host matches for the 2022 FIFA world cup up to the quarter-finals. With the ability to hold 40,000. One of the great things about this stadium is that after the world cup has ended, Qatar will be donating 20,000 of Education Cities seats to developing countries.

There were plans in 2020 to showcase this stadium by hosting an international tournament featuring Portugal, Croatia, Switzerland and Belgium. However, due to the global coronavirus pandemic, these had to be postponed.

The Qatar world cup has bought about many exciting opportunities for locals and the stadiums are one great example of this. The Al-Bayt stadium is the world’s first Arab designed stadium. The form of the stadium is said to represent the traditional ‘House of pottery’. Furthermore, it is the second-largest stadium and holds 60,000 spectators.

The stadium itself is designed so that the roof is retractable, and like the education city stadium, parts of the Al-Bayt stadium will be dismantled after the tournament and donated to developing countries.

The Al-Rayyan stadium is special to Qatar as it owes its name to a much-loved football club in Qatar. The stadium is built in the city of Al-Rayyan. Additionally, the new stadium has been built on the site of the club’s former stadium, Ahmed Bin Ali. With a capacity of 40,000 seats, it will be a stadium many locals will love.

The architecture of the stadium is inspired by the beautiful and wild sand dunes located to the west of Qatar.

Located in the city of Lusail, it is the largest of the eight stadiums. With an amazing 80,000 seat capacity, Lusail is the stadium that will be used for the inaugural match and most importantly the venue for the Qatar 2022 FIFA world cup final!

Like the other 8 stadiums it will also be used throughout the tournament to host various different matches leading up to the final. The structure, like many of the other stadiums, has been inspired by Arabic motifs and culture.

Set in the capital city, Doha, the Ras Abu Abboud stadium has been specially designed so that parts of the stadium can be easily dismantled after the tournament. Once dismantled these sections will be used for sporting and non-sporting projects.

With a 40,000 capacity, the stadium is another example of architecture taking inspiration from its surroundings. With the shape of this stadium inspired by the Gahfiya. This is the traditional headgear worn by men in the countries of the Middle East.

Additionally, it will hold a clinic of the Aspetar Hospital for sports medicine and orthopaedics. Not only will this clinic look after players during the Qatar 2022 FIFA world cup. It will continue to take care of athletes from across the globe as part of the care offered by Aspetar to sportspeople across the world.

With a capacity of 40,00 spectators, the Al-Thumama Stadium will host matches leading up to the quarter finals. The stadium received the MIPIM/Architectural Review Future Project Award for the best design in the sport and stadiums category in May 2018.

One highlight is the stadium’s green spaces that extend for 50,000 square metres. 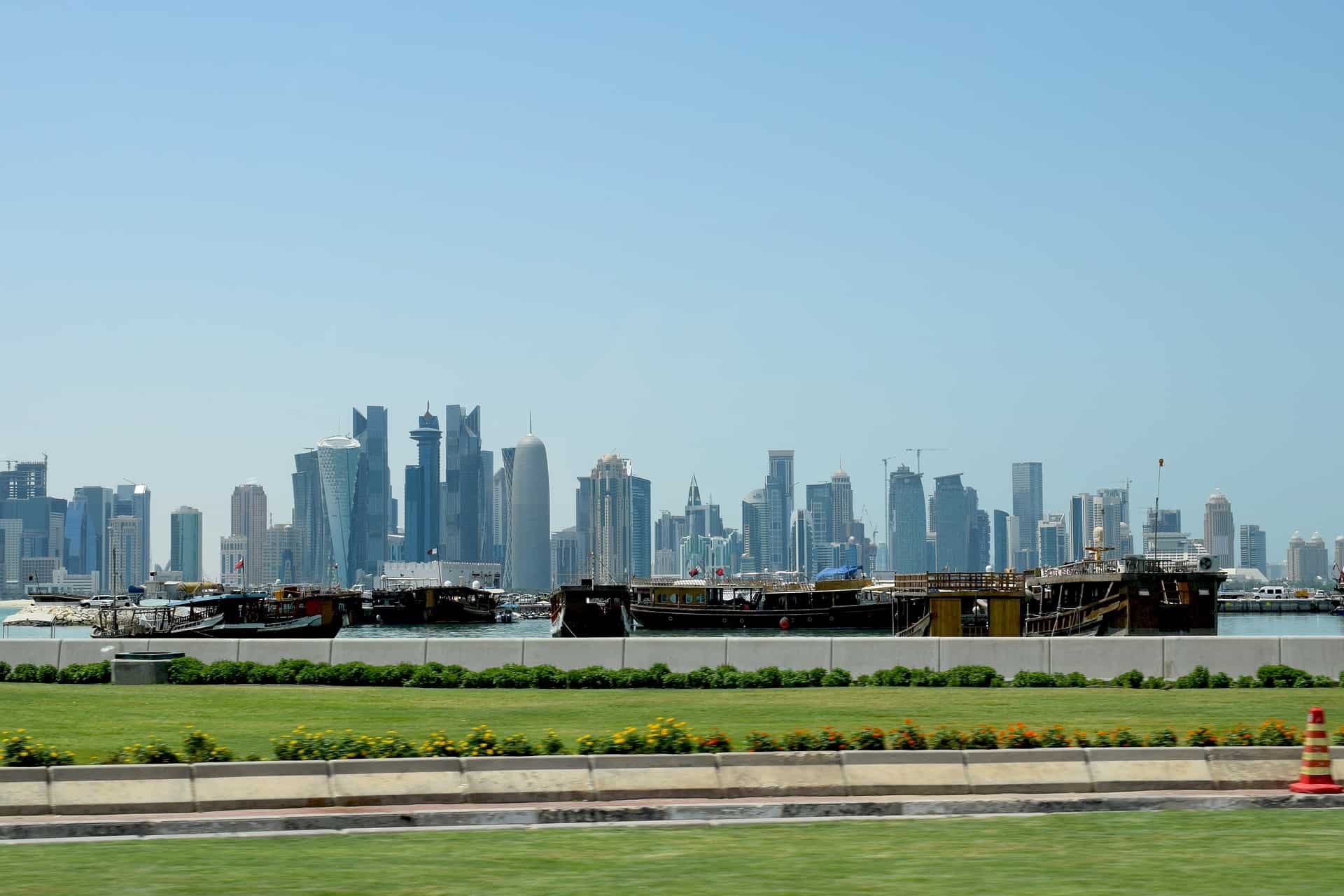 The 8 Stadiums That Make Up The Qatar 2022 World Cup

We give you a breakdown of the 8 stadiums that make up the Qatar 2022 FIFA world cup and their unique features.